Vroom vroom! Everyone likes a good racing game, but there are some very different types of racing games. One one hand, you got racing sims like Forza and NASCAR, and on the other hand you have the arcade racers like Crash Team Racing or Mario Kart. Then in between, you have things like Burnout, where they are half sim/half break everything. So, when I say, “good news, racing fans!”, I am really only talking to one group of you. Here it goes. Good news, racing fans! A new NASCAR game is coming to Nintendo Switch. 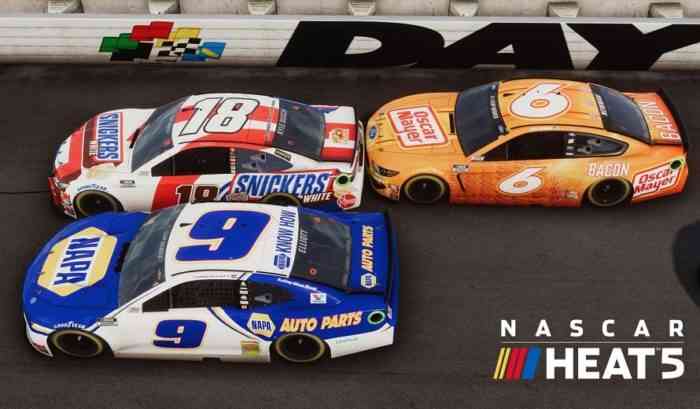 Motorsports Games Studios, publishers of the NASCAR Heat franchise are staying on track (pun intended) with their racing game series. According to Motorsport.com (no affiliation), Motorsports Games CEO Dmitry Kozko said that they will be making their next game for Nintendo Switch. He said, “In 2021, we plan to release a couple of more games and expand our platforms. One thing that we’re actively working on is bringing NASCAR to the Nintendo Switch platform. That’s going to be the first time on Nintendo Switch.”

While he did not specify which games will be coming to which platforms, the wording of his statement leaves us with some room to wonder. The NASCAR Heat franchise has never been on Nintendo Switch before, just on PC, PS4, and Xbox One, as well as some mobile games. The “plan to release a couple of more games” suggests that there will be a game specific to Nintendo Switch, plus something else. Most of the racing games on Nintendo Switch are arcade racing games, but with racing sim popularity on other platforms, surely there is an audience for them on the Switch. NASCAR Heat 5 is currently out on PC, PS4, and Xbox One.

What are you hoping for from a NASCAR Switch game? Let us know in the comments below.

Skul: The Hero Slayer Sold 100k Copies on Steam in Just 4 Days
Godzilla vs Kong: The Meaning of Monsters
Covid-19