“Lightyear,” Disney and Pixar’s animated feature that’s a spinoff and origin story of the beloved “Toy Story” character Buzz Lightyear, made $5.2 million at the box office in its preview screenings. The film opens in the U.S. and Canada on Friday in over 4,200 theaters.

The preview total for “Lightyear” was inclusive of select early preview showtimes that took place at 6 p.m. Wednesday across 500 IMAX and PLF auditoriums, while all other previews began at 3 p.m. on Thursday. In all it will open on 400 IMAX screens, 850 PLFs, 2,200 3-D locations and 190 D-Box/4-D motion screens.

Most projections for “Lightyear” have the film landing in the $80 million range, which would lift it higher than the $72 million opening of “Sonic the Hedgehog 2” from this spring, the other major family film theatrical release from this year. That film made $6.25 million in its previews. 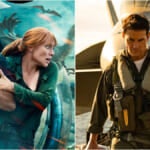 “Lightyear” has an 80% score on Rotten Tomatoes. 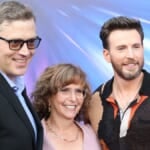