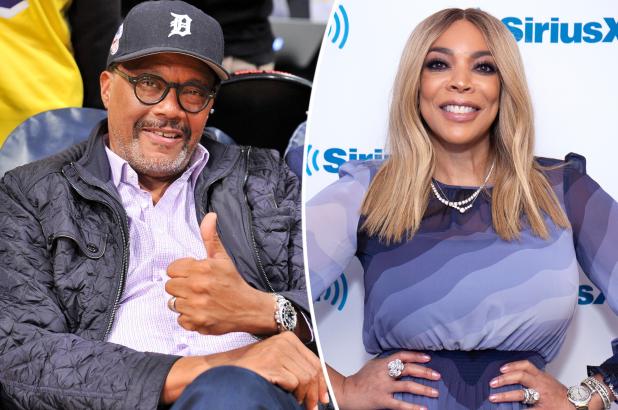 Longtime friend and sparring partner of Wendy Williams, Judge Greg Mathis, believes that the embattled talk show queen is still “valuable to the community” and thinks she can make a glorious comeback.

“I think that beyond her flaws and her… problems past or present, I think she still means something to the community and that’s what counts and matters. I think that she remains relevant to our community,” he tells Page Six.

Mathis famously did battle with Williams — whose “Wendy Williams Show” comes to a painful end on Friday — on her radio show way back in 2002 after she ambushed him live on air with allegations that he’d had an affair.

But the TV judge tells us that they made friends again a couple of years ago.

“So I believe there’s some redemption to be had and I believe she could still be a benefit, particularly to our community who sees very few talk show hosts, especially black women.”

Williams has suffered with illness, a horrific divorce and other tricky battles over the last few years, which lead to an erratic, ugly and dragged-out ending to her beloved show.

On his infamous appearance on her WBLS New York show “The Wendy Williams Experience,” she suddenly began to interrogate him about an alleged fling, which he adamantly denied.

“You think you can get folks on your show and talk to them any kind of way?,” Mathis shot back, “Well, that’s not what I do on my show and my show has higher ratings than yours. Are you still [using drugs]? Because I just saw you leaving the bathroom looking high. In fact you got white powder around your nose right now. Are you still a dope fiend? I need to check you into rehab and pray for you.”

Mathis is gearing up for the premiere of his new reality show, “Mathis Family Matters,” which will follow his life with his wife of 30-plus years, Linda, and his four adult children, Jade, Camara, Greg Jr. and Amir.