“Gracie’s Corner” is an educational cartoon for children starring predominately black and brown characters. Created by a father-daughter duo, the nursery rhymes are soulful and incorporate elements of hip-hop. 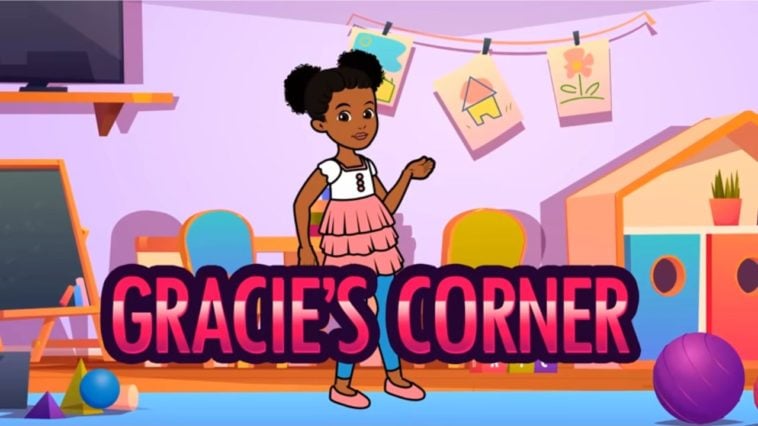 Over the last year, the music and education provided on “Gracie’s Corner” have been the buzz on social media. Parents with nursery-age children are raving about educational cartoons, primarily black and brown characters.

The cartoon is the brainchild of Javoris Hollingsworth and his nine-year-old daughter, Graceyn, which is who the main character, Gracie, is based. The duo came up with the idea during the pandemic. Many are attracted to the soulful, funky, catchy music sung throughout the show, while promoting body and hair positivity. Some of the lyrics on “My hair” are:

They also remixed classic nursery rhymes like “Bingo was his name” and “Row row row your boat,” mixing elements of hip hop, blues, and R&B to create a sound that children’s educational shows have never seen before.

The creators’ website contains a statement that provides more insight into why they do what they do. It reads:

“Gracie’s Corner was created in 2020 to provide quality content for children to enjoy. To offer our songs and videos to our viewers for free. This platform has allowed us to reach thousands of children and their families.

“At Gracie’s Corner, we empower and educate children from diverse backgrounds. We pride ourselves on creating fun and engaging songs that emphasize learning. In addition, our songs make viewers want to get up and DANCE! We hope you enjoy exploring the many adventures alongside Gracie and her family.”

Representation matters to many parents because of the effects of implicit bias and the discrimination against many marginalized groups. What is even more appealing about the program.

A Twitter user, identified as @SoSoCoolBez, said the show is really for adults:

Another user, identified as @_oitskayla, feels some of the music on the program are award-worthy. They tweeted, “Row the boat – Gracie’s corner deserves a Grammy.”

“Gracie’s corner” is not alone in the hip-hop world In educating the next generation. In May, Memphis-based hip-hop artist NLE Choppa challenged students at a local elementary school to read 26 million words. This was to promote literacy for all children.

In the last three years, Choppa has led his annual “Needs Learning Everyday”(NLE) challenge at Cornerstone Prep Denver in Memphis. This year, elementary school students from the second grade to the fifth smashed the rapper’s reading challenge. They clocked in over 26 million words.