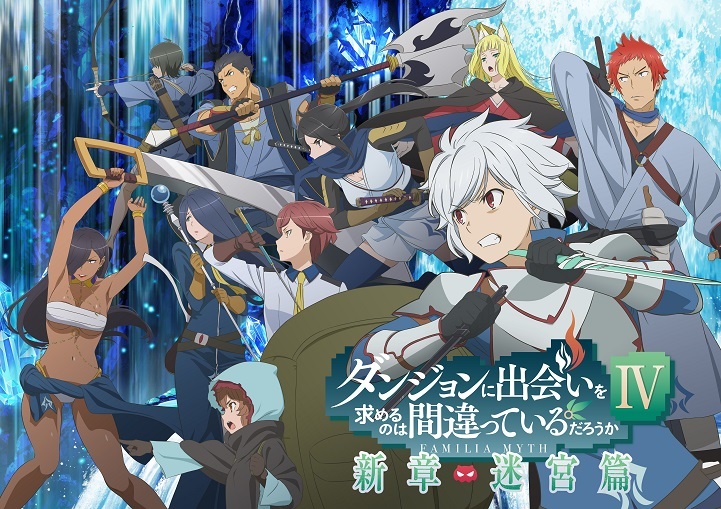 The official website of the Dungeon ni Deai wo Motomeru no wa Machigatteiru Darou ka (Is It Wrong to Try to Pick Up Girls in a Dungeon?) anime series revealed three supporting cast and a third promotional video for the fourth season on Tuesday. The new season, subtitled Shin Shou – Meikyuu-hen (New Chapter – Labyrinth Arc), is scheduled to premiere on July 23 at 1:05 a.m. on Tokyo MX, followed by BS11, and AT-X.

The anime series, abbreviated as DanMachi, adapts Omori’s adventure fantasy light novel, which has been published by SB Creative since January 2013, featuring illustrations by Suzuhito Yasuda. The 17th volume shipped on April 22.