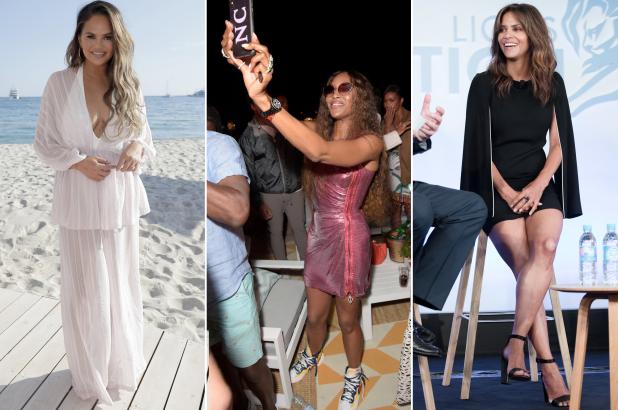 Celebrities are getting ready to descend on Cannes once again for its annual Lions festival.
Getty Images

The party scene at Cannes Lions 2022 is ready to roar again after a two-year hiatus.

Set to take place from June 20 to June 24, the annual International Festival of Creativity — which draws top ad execs and A-list celebs — returns with a presence from mega-brands including NBCUniversal, Spotify, Meta, Snapchat and MediaLink.

The fest has traditionally been known for is rosé-fueled party scene as much its hot topic panels.

This year, streaming platform Spotify will take over its portion of the Cannes beach with nightly performances by acts including Post Malone, The Black Keys, Dua Lipa, Kendrick Lamar and more, to give attendees and locals an immersive concert experience.

Plenty of partying will also take place offshore. We hear NBCUniversal and its subsidiary Bravo will set sail aboard the Below Deck Yacht that will feature a performance by Boy George. Though it’s unclear which Bravo talent will be aboard, Page Six can confirm that Andy Cohen, “Real Housewives of Beverly Hills” stars Dorit Kemsley and Garcelle Beauvais will be at the festival, as well as “Below Deck” stars Captain Sandy Yawn and Kate Chastain.

Brand Innovators will also take to the high seas with a sunset cruise to Monaco, followed by a VIP dinner at the Yacht Club de Monaco.

The exhibition will showcase iconic high-fashion pieces from fashion houses such as Balenciaga, Dior and Gucci, accompanied by augmented reality experiences to try on the threads yourself.

Sting closed out the 2019 Cannes Lions festival with a surprise performance at a sprawling villa for Live Nation and Citi’s final bash, but a source told us that the entertainment group isn’t hosting the hottest ticketed event in town this year because its focusing on its music festivals including Rolling Loud and Lollapalooza.

While those lucky enough to have attended the Live Nation soiree in previous years might mourn the loss of such elite experiences this time around, they could be consoled by scoring a ticket to iHeartMedia and MediaLink’s exclusive A-list dinner at the Hotel du Cap-Eden-Roc in Antibes this year — where singer Sam Smith will entertain guests.

Following cocktails and dinner, attendees will depart for an afterparty on the iHeart yacht.

“For our Gremlins After Dark party I’m anticipating you can expect not to get wet, no bright lights, and not to be fed after dark,” said Michael Ouweleen, president of Cartoon Network and Adult Swim.

Amazon is going to send its guests — via Prime shipping, we assume — to its port-side blowout that will feature a performance from Brooklyn-born rock band LCD Soundsystem, while Gen Z-beloved app TikTok will probably go viral for its planned “Sound on Soirée” that may or may not feature challenges and dances.

A simple search — as well as sources — also confirmed to Page Six that Google will host a shebang with Australian singer Kylie Minogue, who is a seasoned performer at the fest.

Celebrities including Ryan Reynolds, Issa Rae, Sir Patrick Stewart, Zoë Lister-Jones, Megan Thee Stallion and more are all confirmed to give talks or appear in panels — so it’s safe to say Cannes will be lit with stars once again.